Week 4: (November 22-26) – Stranger Than Fiction with Christopher at Plucked from the Stacks: This week we’re focusing on all the great nonfiction books that *almost* don’t seem real. A sports biography involving overcoming massive obstacles, a profile on a bizarre scam, a look into the natural wonders in our world—basically, if it makes your jaw drop, you can highlight it for this week’s topic.

So many narratives labelled as fiction start as someone’s truth.  Even a book that is not expressly based on a ‘true story’ will have been influenced by the perusal of ten thousand news reports and by the imbibing of our own and other people’s stories.

Spy stories are a case in point.

One of the best World War 2 spy books I have read is A Woman of No Importance by Sonia Purnell.  Just as exciting as any of the great tales of male derring do to emerge from the war, and certainly just as exciting as any James Bond stuff,  this extraordinary story of survival and courage by Virginia Hall, at a time when women were far more likely to be scrubbing doorsteps than fighting behind enemy lines, definitely qualifies in the stranger than fiction category.

When I reviewed this book, I wrote:

This ‘staying one step ahead’ at one stage involved Hall having to  travel to Perpignan and  cross the Pyrenees in midwinter in order to reach Spain which was, at least officially, neutral.    This unimaginable feat – with a prosthesis – this  treacherous crossing that had felled plenty of fit and able young men:

“sometimes escape parties would come across a frozen corpse, occasionally in an upright position, gazing forward with a fixed stare.”

was undertaken by Hall with the slimmest chance of survival,  along with an unfriendly guide and two other men,  even as the Wehrmacht combed the town behind her with sniffer dogs.

Then there are the rags to riches stories, people overcoming the greatest odds to make a huge success of their lives. These are much beloved of fiction writers but I love a real life story of transformation.

One such is Coco Chanel, the designer who rose from a childhood of deprivation and neglect in turn of the century France,  to reinvent herself to ‘become one of the most influential women of her century’. Lisa Chaney writes in her biography of the great fashion designer  Chanel: An Intimate Life:

“… physical hardship, constant upheaval and a dysfunctional parental relationship were their lot. Little Gabrielle’s [Chanel’s birth name] response to this seems clear: she was angry.  As a way of incorporating and managing her predicament she resorted to the healthy habit of childhood, make-believe. Years later she told  of acting out her fantasies in an overgrown Courpiere Churchyard over which she ruled and where the dead were her subjects.”

I found Chaney’s book to be a little plodding on some occasions –  I can’t imagine that is an epithet one could ever have applied to the woman who was its subject.   The  book also places a great deal of emphasis on Chanel’s relationships – the clue is in the title – of which she had many apparently with both men and women.  But I find these aspects of her life less interesting than her work.  Coco was famously enigmatic and so perhaps not the easiest person to write about. 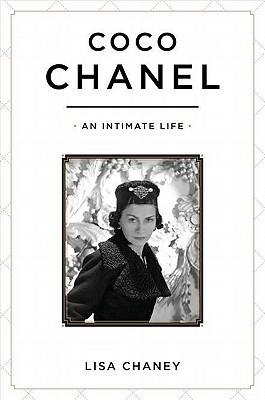 My next book in the stranger than fiction category is Empire of Pain, The Secret History of the Sackler Dynasty  by Patrick Radden Keefe.  I have spoken about this book quite a lot on this blog and continued to be shocked by its revelations  long after I closed the last page.  This is the ultimate stranger than fiction book –  no-one believed the events that led to the opioid crisis.  You couldn’t make it up. Could you?  Or perhaps it would be more accurate to say there were some who chose not to believe the evidence of their own eyes.  The true cost of the opioid scandal was brought into heart-rending relief by the poet and author Ocean Vuong – who lost a dear friend to OxyContin –  in his autobiographical book On Earth We’re Briefly Gorgeous.

Attempted investigations into opioids came up against the massive power of the pharmaceutical industry and its governmental supporters.     When action could have been taken that might have saved tens of thousands of people becoming addicted to this strong drug, that action was not taken. OxyContin cut a swathe through the US for 20 years. By then it was too late to stop the opioid scandal which continues to worsen to this day – given the added stress and isolation of the pandemic.