I was so happy to be able to attend a poetry lecture this week – a real one with a real supper and real live people –  from the excellent Graham Fawcett.

We went to Sladers Yard Cafe in Dorset in a beautiful conversion of an old rope factory (apparently Bridport was prime rope making territory).  I confess I crept back the following day to purchase a water colour of the  Dorset countryside by the artist Frances Hatch. 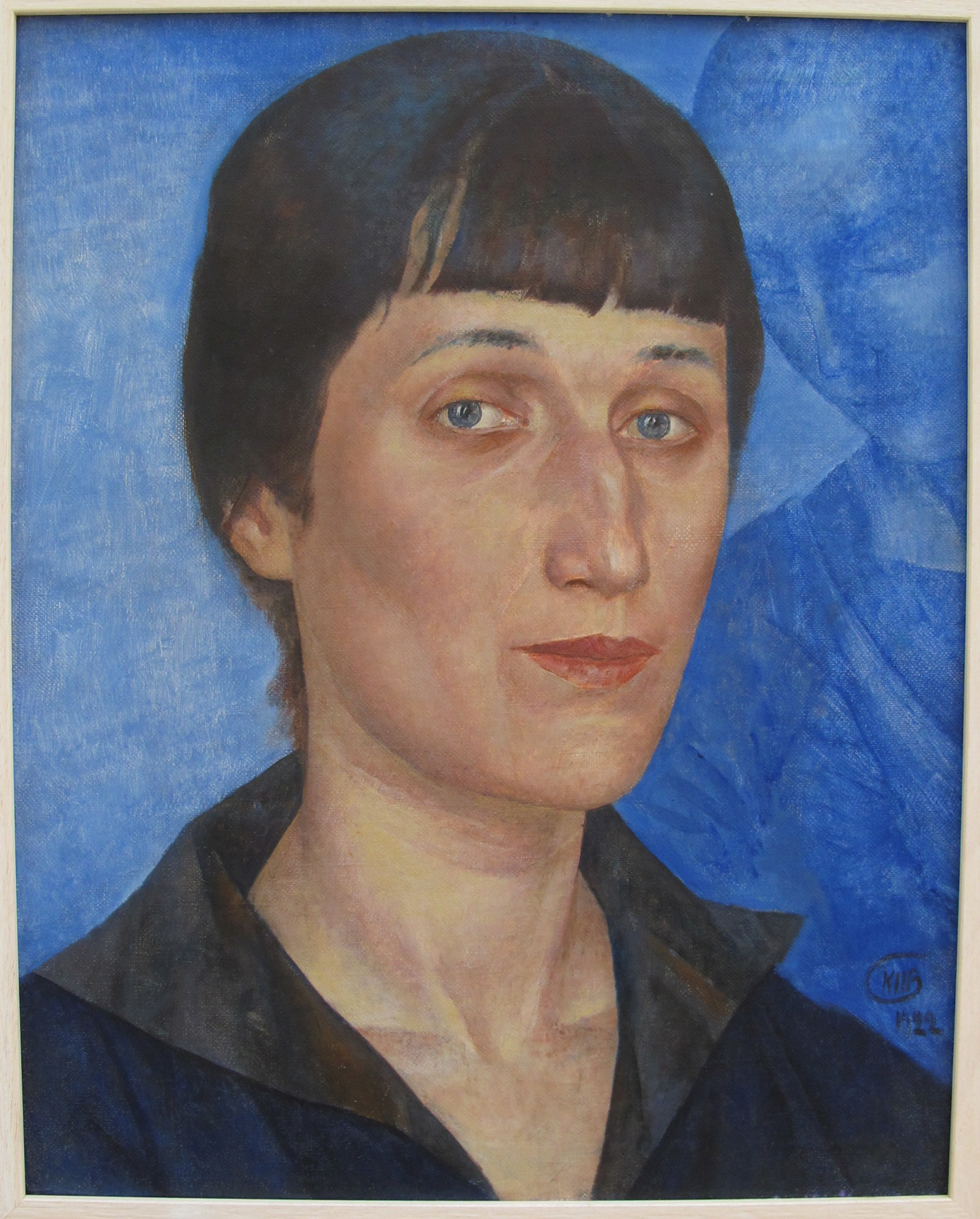 Anna Akhmatova was born Anna Gorenko on 23rd June 1889 on the Black Sea, near Odessa, in the Ukraine.  The family moved to Tsarskoye Selo, near St. Petersburg, when she was eleven months old.   In 1910 she married Nikolay Gumilyov (who later would be arrested and shot in post-revolutionary Russia).  Akhmatova started publishing poems in 1911 and went on to become a leading figure in the artistic world of St. Petersburg along with Kuzmin, Mandelstam and Mayakovsky.

In 1928, once Stalin had consolidated his position and initiated his reign of terror, millions of Russians died in famine or in Stalin’s purges.  The nation’s greatest artists, musicians and poets became victims of the terror. Tsvetaeva killed herself; Mandelstam was murdered by Stalin. Although Akhmatova herself was never arrested, her son Lev was sent to concentration camps on more than one occasion.

In the rise of Soviet Russia Akhmatova’s work was seen as backward looking and unsuitable for the new order.  In 1946 she was expelled from the Union of Soviet Writers – effectively a sentence of death by starvation as it meant that she could not be published or receive payment for her work.   This gave rise to possibly her greatest work, ‘Requiem’ a work of lamentation and witness of the suffering of the common people.  ‘Requiem’ was not published in Russian until 1963.

Both Akhmatova and Lev survived the war.  In 1964 the poet came to Oxford where she received an honorary doctorate.

The last poppy has lost its petals

Steeped in a long drowsiness

I encounter the early gloom.

The gates are tightly closed,

The evening is black, the wind is still.

Where is happiness, where are woes,

Where are you my tender betrothed?

The secret ring has not been found,

I have waited a long time

In my breast died.

From ‘Plaintain’. In The Complete Poems of Anna Akhmatova.

Some contemporary opening lines about where and how we live now:

“Imagine standing by a window at night, on the sixth or seventeenth or forty-third floor of a building.  The city reveals itself as a set of cells, a hundred thousand windows, some darkened and some flooded with green or white or golden light.”

Olivia Laing. The Lonely City: Adventures in the Art of Being Alone

“The Villa, facing south, stood above the little town and port on the slope between the sea and the Forêt de Sorède.  It was strawberry pink, with green shutters, with painted ladies looking out of them, but most of the windows were real, and had balconies full of shrubs and blue pots and drying bathing suits and gold cucumbers in piles.”

Rose Macaulay  The World My Wilderness.

The house as philosophical enquiry:

The house, quite obviously is a privileged entity for a phenomenological study of the intimate values of inside space, provided of course that we take it in both its unity and its complexity, and endeavour to integrate all the special values in one fundamental value.

“My mother asked me to go with her to sell the house.  She had come that morning from the distant town where the family lived, and she had no idea how to find me.  She asked around among acquaintances and was told to look for me at the Librería Mundo, or in the nearby cafes where I went twice a day to talk with my writer friends.”

Houses of the dead:

“I sit in a pitch-pine panelled kitchen-living room, with an otter asleep upon its back among the cushions on the sofa, forepaws in the air, and with the expression of tightly shut concentration that very small babies wear in sleep.”

And finally, the broken lands… :

“Forty five minutes north-east of Cambridge is a landscape I’ve come to love very much indeed.  It’s where wet fen gives way to parched sand. It’s a land of twisted pine trees, burned out cars, shotgun peppered road signs and US Air Force bases.  There are ghosts here: houses crumble inside numbered blocks of pine forestry. It’s called the Brecklands – the broken lands – and its where I ended up that morning, seven years ago… on a trip I hadn’t planned at all.”

2 responses to “Broken Lands, Interiors, Landscapes of the Soul”