The Phone Box at the Edge of the World

Meredith at Dolce Bellezza is hosting The Japanese Literature Challenge 14, which takes place from January to March 2021,

My review of this book is towards that challenge.

A Review of: The Phone Box at the Edge of the World,  Laura Imai Messina. (Manilla Press, 2020) 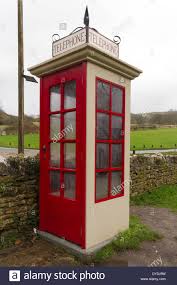 Somewhere on a remote hillside in North East Japan lies the Wind Phone, a disconnected black phone with a dial and the numbers 0 to 9,  in a phone box.   It is believed that speaking into the handset enables you to connect with loved ones you have lost.  This place has become a place of pilgrimage for thousands.

The Wind Phone really exists.  And grief really exists. And the desire to communicate with the dead in some way is evidenced by a history of the seance, and the medium.

Grief, how to write about it in a convincing fashion.  There have been no lack of excellent works recently.  Max Porter’s Grief is the Thing with Feathers,  Helen McDonald H is for Hawk

The Phone Box  book will not become a standard work on surviving the death of a loved one.  But it has it’s good points.

First of all.  What a fantastic title.  You could search the world over for some considerable time and not find a better title.  Good writing.  Descriptive.  Dialogue good. Characterisation mmm!  Not sure.  Diverse cast of characters. No.

The story is told from the point of view of the main character, Yui:

“Yui had long dark hair that was blonde at the tips, as if it were growing from the bottom up.  She had stopped dying it when her mother and daughter were swallowed by the sea.  Instead she got it cut a little shorter each time, until, eventually, it looked like this, a fallen halo.”

Yui has lost both her mother and infant daughter to the tsunami.

As an Italian who has lived in Japan for many years, Messina is strong on the Tohoku tsunami of 2011 – the things you don’t see on the news,  boats parked on the roof, the human body parts, the unspeakable detritus of such a hideous disaster.  The story though is not so much about those who died, but about those who didn’t.  Survival is a pre-eminent theme – what it looks like and feels like, and an acknowledgement that in the end life needs to be more than mere survival.     To what extent can the bereaved allow themselves to feel happiness again, without that very happiness feeling like a betrayal of the deceased they mourn?

Some of those who wrote endorsements for this book  claim to have been emotionally torn asunder by it.  I certainly wasn’t, although I did find the last couple of pages very moving.

There is no doubt that the weather gets the best scenes in this book.   We do not see the tsunami as it happens but there are flashbacks.  There is another storm too a typhoon which (no spoilers from me) one of the characters ventures out in.

And an authorial note at the end informing the reader that:   ‘The wind-phone is not a tourist destination.  Don’t go with a camera slung round your neck. Don’t try to find Kujira-Yama unless you intend to pick up the receiver and speak to someone you have lost.’

I would be more impressed with that admonition coming from someone who had not written a novel giving the secret away.   Many destinations have suffered an influx of tourism as a result of the unforeseen success of a book.  I do not imagine the same will happen here but I have no way of knowing what people will be drawn to, whether they will go, or how they will behave when they get there.  Nor I imagine, does the author.

Manilla Press is a new imprint from Bonnier Books UK.  Their ethos as per their website is:

‘Inspired by the rich literary heritage of the Bonnier group, Manilla Press will publish just eight books a year, spanning polemical writing, memoirs, popular science, social history and novels from voices around the world that tell “stories of our times”. Ultimately, we want to publish books that create conversations on wider issues.’

My second book in this challenge will be a review of Toshikazu Kawaguchi’s ‘Before the Coffee Gets Cold’ which I’ve just started reading.

From conversations with the dead to conversations with the living – the ones that went wrong, the things we wish we hadn’t said, or had said differently.   If only there was another chance.  What if we could go back and have that conversation again, we would of course say all the right things, it would go differently and much better.  Wouldn’t it?   Fumiko wishes and wishes she had said something different to Goro when they met at that cafe, just before he got on the plane to take up a job in the US.  It just so happens there is a chance that she might be able to go back and have the conversation again, perhaps stop him leaving.  But there is a problem.  She has to sit in a particular seat in the cafe, in order to return to the past, and she has to follow the rules to the letter.  And of rules there are many.  Firstly, she has to wait for the ghost sitting at the table opposite her to go to the toilet. (Wait, what?)  And then she has to have her conversation, before the coffee gets cold.