“I hope to free Plath, from the cultural baggage of the past 50 years,” Heather Clark writes in her new biography, “and reposition her as one of the most important American writers of the 20th century.”

Heather Clark’s  937 page doorstopping biography of Sylvia Plath is a joy from beginning to end.   Well, no.  Not the end of course.  But I  thoroughly enjoyed the book – it didn’t’ feel laborious at all.   I read the hard back copy which could feel heavy to read  in bed – especially at night.  I recommend waiting for the paperback if you have weak wrists!

I so admire the way the author has tried to view this overly famous for all the wrong things poet  the way Plath might have viewed her own life,   through a prism of passionate hope and possibility, looking towards the future.  Not just a future as a wife and mother with mental health issues who wrote some poems, but as Clark says, as a great name of the 20th century.  We have so become obsessed with tales of Hughes and Plath – with their personal mythology – and that obsession has obscured Plath’s work and her massive achievements as a poet, a mother, an intellectual, a human being. 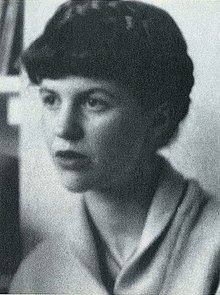 Heather Clark writes in the preface:

“Recent scholarship has deepened our understanding  of Plath as a master of performance and irony.  Yet the critical work done on Plath has not sufficiently altered her popular, cliched image as the Marilyn Monro of the literati.”

Although like all women born in her era Plath wanted marriage and children, but at the same time she wanted a career as a professional writer and poet.   To do both was a much harder thing to achieve and an unknown phenomenon in the 1950s.  All Plath’s female lecturers at Smith were single.  There were simply no role models for women ‘having it all’. Of course  having it all was an empty dream, then as now.  Not so much doing five times the work for half the consideration.  More an impossibility.

When I was a student doing my Masters at Kingston University, I attended a lecture given by Al Alvarez who had known both Plath and Hughes from their very early years publishing poetry.  I remember him telling attendees that had Plath not written The Moon and The Yew Tree, she would have remained probably to be considered as a minor poet.

I found this to be an ineffably sad comment and not true even by his own critical analyses of her work.  But as the Observer critic Alvarez was at the time one of the most powerful literary men in Britain.  What he said went. The Moon and the Yew Tree is an extraordinary powerful  poem .   This is the light of the mind, cold and planetary  …

Alvarez didn’t tell us about the huge amount of support Sylvia Plath gave to her husband Ted Hughes at the beginning of his own career as a poet, editing and typing up his poems,  submitting his work to competitions and publishers – hugely hard work even in the internet age – it was more so then when everything needed a carbon copy and a stamp.

Hughes himself admitted that he would not have had a career  if it had not been for Sylvia Plath.   Of course she was delighted with Hughes’ career progression which was meteoric.  At first.  He in turn took a share in childcare and household duties – something more or less unheard of at that time, and tried to give her space to write during the day after their children were born.

But Alvarez didn’t try to estimate what these efforts may have cost Sylvia in terms of her own professional development, perhaps because on a personal level he never had to give it a thought.  No-one seems to have thought about it much – until now.

Where would poetry be without Plath’s suicide?   Or perhaps because so many acres and acres of press and books and biographies and interviews have since passed he had simply forgotten his own review as “the bright young critic” of The Observer (December 18th 1960), when he wrote:

“ Sylvia Plath’s The Colossus needs none of the usual throat-clearing qualifications, ‘to wit: impressive, considering of course, it is a first volume by a young (excuse me)  American poetess.’ Miss Plath neither asks excuses for her work nor offers them.  She steers clear of feminine charm, deliciousness, gentility and supersensitivity and the act of being a poetess. She simply writes good poetry.  And she does so with a seriousness  that demands only that she be judged equally seriously…”

Alvarez didn’t tell us these things but certainly Heather Clark does.    I firmly believe that Clark’s book will turn out to be a definitive biography of Plath’s life.    The author looks dispassionately at the appalling “treatment” Sylvia received for her breakdown and suicide attempt while she was still living in the US – basically electrocution –  and notes how these traumas fed her poetry.  How could it not?    Clark  looks   at the promising marriage of two creative souls that went so badly wrong and is careful not to apportion blame though there is little doubt where the author’s sympathies lie in this story of amarrige of poetics.

Plath as poet, as woman, as mother and as reluctant daughter,   remains at the centre of her own story.  This in itself is a remarkable achievement given the amount of myth making and side taking that went on both during her life and a great deal more after her death.  Clark has given Plath back a legacy away from tragic death-goddess.

“With each passing decade, Sylvia Plath’s work seems more astonishing, and its achievements harder earned. As Hughes wrote, ‘every word is Baraka: the flame and the rose folded together.  Poets have often spoken about this ideal possibility, but where else, outside these poems, has it actually occurred?’ The old comparisons to Medea and Electra no longer hold. If she must be a myth, let her be Ariadne, laying down the threads, leading us out from the centre of the labyrinth.  Let us not desert her.”

Owing to lockdowns and various traumas I am late joining in Non-fiction November but here nevertheless.

#Red Comet.  The Short Life and Blazing Art of Sylvia Plath by #Heather Clark is my first read for non-fiction November.  Up next will be a review of Jonathan Sacks. Morality: Restoring the Common Good in Divided Times

4 responses to “Red Comet: The Short Life and Blazing Art of Sylvia Plath by Heather Clark”