Women are used to queuing when they go out.  Says Caroline Criado Perez in her book “Invisible Women” Exposing Data Bias in a World designed for men”.  She meant for the loo of course.  Any lady who has been to the theatre or opera or ballet or cinema in London or any city is used to queuing round the block in the interval, while the men pop in and out of their unencumbered spaces and have plenty of time to rock up at the bar for a nice cooling drink.   Gender neutral only makes things worse.  Because guess what.  Women need cubicles and can’t use urinals.  Men don’t – and can.    Sorry if that came as a bit of a shock,  Barbican management.

Apparently the Barbican hadn’t thought of that when they casually announced that all their loos – simply by changing to the sign on the door – were now Gender Neutral.  Tada!! Fabulous.  How many politically correct boxes that must have ticked with no effort or cost whatsoever.

But then, shock horror.  It was discovered that the ‘gender neutral’ urinals were only being used by men who were of course also entitled – should they choose – to use the cubicles.  All the Barbican had succeeded in doing is  increase provision for men and exclude women.   Needless to say, no sanitary bins had been provided in the so called ‘gender neutral’ urinals.   The supposedly equal provision of loos had been done with men in mind.  A male dominated management team, you think?

Another anecdote – if it can be called that – related by Perez is when a senior member of Google Sheryl Sandberg became pregnant and her feet swelled up, it came to her notice that she was having to walk miles across the car park because there was no provision for pregnant women to park nearer the main entrance. When she approached Google’s founder Sergei Brin about reserved parking for pregnant women he said he had never thought of it but that arrangements would be made.   No wonder he had never thought of it.  He is a man and will never be pregnant nor have to consider policy for those that will and are unless it is spelled out to him in words of one syllable.   It had never presumably occurred to Sandberg either until it happened that she found herself unable to struggle across the car park.

And no,  this is not a mere inconvenience if you’ll excuse the pun, easily rectified.  It is part of a cultural and economic exclusion which even in the 21stcentury is still rampant across all cultures.  One of the most important things to say about the gender data gap, says the author is that it is not generally malicious, or even deliberate.  Quite the opposite it is a way of thinking that has been around for millennia, and is therefore a kind of not thinking. 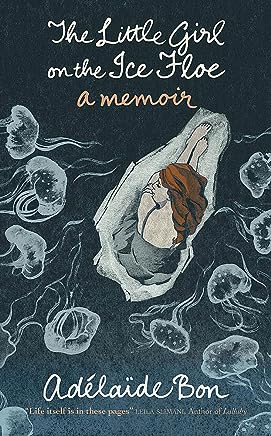 The Little Girl on the Ice Floe

This is a tough read but beautifully written and poetic if such a thing is possible on dealing with the subject of child rape.  The author was raped at age 9 by a man who is finally brought to justice on the chance of a random DNA sample – more than two decades later.  By this time the author has married and had a son.  But  she painfully charts her mental and physical collapse – and her efforts to recover, the therapies she undergoes,  the Court case. Traumatic memory is such that the part of the brain that deals with autobiographical memory (the prefontal cortex) cannot access the trauma which has been buried away by the amygdala that can only be treated by those with specialist knowledge of PTSD relating to sexual violence,  all too often poorly recognised or understood.

‘How ugly ignorance is when it is concealed under learned airs,’ says the author.  And she has good reason to know.

One of the most poignant parts of the book is the list of names, not unlike a eulogy,  of those women (all victims of this same man)  who could not bring themselves to attend Court. Who risk criminal penalties for failing to answer a subpoena rather than be forced to recount in public over and over again lurid details of what happened to them when they were six, seven, eight or nine.   They are part of what is described as the ‘black number’ of victims of sexual violence. An estimated 90% of the victims of rape do not report it, and this number is even higher for child victims