Not only do we have Terence Davies film of Emily Dickinson as well as a film about Neruda, the excitement of new letters by Plath making headline news and now a young W.H. Auden is brought compassionately to life in the pages of Polly Clark’s novel Larchfield.

The name is taken from a boy’s public school in Helensburgh on the West Coast of Scotland where the young W.H. Auden taught for two years in his twenties, after leaving Oxford. It is not a posting the young poet much relishes.

“It’s not his choice exactly. His trust money is about to run out, and he needs a job. His friend Cecil Day-Lewis has nominated him for this post of schoolmaster at Larchfield, though he has no experience of teaching and a severe mistrust of the school environment.”

The book covers his life during these two years partly on a fictional and partly factual basis, showing how Auden fares in the run up to the second world including visiting his University friend Christopher Isherwood in Berlin where the two have a frightening encounter with blackshirts. 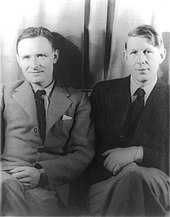 Alongside this historical narrative, is a modern story in which the protagonist is a young woman called Dora, whose life so far has consisted of a PhD, a job offer at a University publishing house as a lexicographer and the beginnings of a career in poetry, finds herself married, pregnant and moving to Helensburgh very near the school where Auden taught. As she unpacks her belongings in her new home, a divided house ironically entitled ‘Paradise’, she places her small volume of published poetry on the shelf and prepares to adjust to a very different life.

But that adjustment is hard

Things quickly fall to pieces as they can do when a new baby arrives. To add to her problems the neighbours in the flat upstairs start acting up horribly and Dora becomes isolated, stressed and depressed. Finding solace in Auden’s poems and in tracing details of his life she decides to pay a visit to the site of the old school at Larchfield and so the mystery begins.

The gate was tall and wrought iron, with the name Larchfield looped in gold. Ivy crept along the front of the building, and the tall windows looked out over a Helensburgh that was essentially unchanged in appearance since his time. She could imagine the poet emerging from the stone porch, the sounds of children.

The book is based on the author’s real experience. Indeed it is hard to see how this book could have been written without that experience so genuinely is the suffering of the young female protagonist felt.

The novel treads a high wire act between the real, the  possible and the imaginary; what is imaginary in the mind of an unhappy and isolated young woman with no visible means of support other than a well-meaning but absentee husband may be real.  As real as the feelings of loneliness and otherness which everyone can experience to some degree.  The book also – dare I say it – deals with the redemptive power of poetry.  That one can run and run.  But the only person who is qualified to say if poetry redeems is one who feels him/herself redeemed by it.

“Some years ago I moved to Scotland. I seemed to ignite anti-English feeling wherever I went, I couldn’t drive and became very isolated.

“When I had a baby, my ruin was complete. That’s when I first read ‘The Orators’ by Auden — and this poem changed my life.

“It’s a thrilling meditation on paranoia and repression, set in Helensburgh.

“I set about recreating Wystan Auden, from his notebooks, biographies and artistic details in ‘The Orators’, and paired him with Dora, my modern-day woman losing her mind in the suburbs.

“Finding human connection to Auden in our shared place of Helensburgh saved me.

The theme of isolation continues in Auden’s part of the narrative.

“And the future? What of it? He cannot imagine a future where he fits.”

Auden finds himself alone, both as an Englishman and as a new school teacher. When he tries to protect one of the youngsters at the school form the routine and institutionalised abuse that was part of the public school system at that time, he finds that his compassion is easily and wilfully misunderstood.

Auden was a homosexual at a time when to be so was a criminal offence. He was also just another lonely young man. Lonely enough to cast a message into a bottle and toss it into the sea in the hope someone would find it. In the book someone does, but perhaps it is not the someone any of us expect.

As Dora is friendless, most of her story is internalised and the author occasionally makes us doubt her as a reliable narrator.  This acutely reflects how other characters around Dora are doubting of her. If enough people doubt us, then do we not begin to doubt ourselves? Is this kind of mistreatment an all too common form of abuse of women? And is it often perpetrated by other women in positions of power over new mothers?   One of the ideas lying behind the novel is to point up a general failure of society to even recognise let alone deal with the fact that the shock and trauma of childbirth – even a medically ‘normal’ childbirth which Dora’s is not – can last for years. Decades even.

Larchfield is at its most disturbing as a picture of the pressure placed on vulnerable young mothers to conform to some hypocritical health visitor’s idea of happy families, pointing up that the borderland between protection of the child and abuse of the parent is a line which is disastrously ill defined in modern day Britain.

However this is not at all a depressing book – quite the opposite it is a hopeful book – by a writer who thoroughly understands that life can be lonely and difficult, but it can also come liberally laced with snatches of sublime poetry.

One response to “Poetry makes everything happen”