At  the beginning of the first lockdown of the pandemic in March 2020, food supplies in the UK faltered.  They didn’t fail, thank goodness but they definitely ‘creaked’.  Why was this?  It wasn’t Brexit because that had not yet happened.  Turned out, the reason the supermarkets couldn’t cope with the sudden extra demand was because that they rely algorithms to stock their shelves, leaving one of each item spare until the next delivery (OK I  exagggerate but not much).  They do this in order to save themselves the costs of storage.  Thus when demand for certain products skyrocketed, the food giants looked stupid and drivers and delivery guys on minimum wages were left to sort out the mess that had been caused by our blind faith in technology.

Technology has brought us medical advances and robotics. It has also brought the nuclear bomb. It has brought us mass surveillance at levels of which the Stasi could have only dreamed, with all the ensuing oppression and threat to democratic structures that that entails. 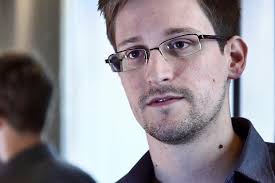 Super computers can do all sorts of things – they can do nothing on their own. Someone, somewhere has to understand the technology which is governing all our lives – technology over which many of us have only an infant level grasp.

That has been amply demonstrated by the scandal in the UK concerning postmasters, many of whom were accused of theft when they couldn’t balance their accounts.  Some went to prison. Some lost their homes. Some were forced to repay money.    It turned out that none of the accused had taken anything, the shortfalls had been caused  by faults in the ‘Horizon’ accounting software which the Post Office had installed with the blind faith of the foolhardy.  Meanwhile the Post Office continued to call their system ‘robust’ and insist that the ‘glitches’ have been fixed.  Well isn’t that just fine and dandy.

That is what Edward Snowden risked his freedom and his very life to tell us.  But somewhere along the line we also need some more good old fashioned common sense.

The freedoms that we hopefully envisaged  would come with social networking have soured into commodification and entrapment. After publication of the book  The Satanic Verses brought down a fatwa upon his head, author Salman Rushdie spent half his life trying to outrun extremist attempts to assassinate him and others connected with publication of the work, (which in the case of at least one publisher, succeeded).  In his book Joseph Anton his autobiographical account of this time, Rushdie commented that he would not have stood a chance had the events taken place in the internet age. People are easier to find and easier to control.

We need knowledge but even more than that we need wisdom. Buddhist Philosopher, Daisaku Ikeda, says: “Simply put, knowledge corresponds to the past; it is technology. Wisdom is the future; it is philosophy.”

We need people educated to exhibit foresight and moral balance. Beyond the limits of the spreadsheet, the balance sheet, the nationalist rhetoric lies the still uncharted realm of the philosophy book.  Human beings are human beings. They are not fodder for giant corporates or a collection of data to be stored for some as yet unspecified future use. Unfortunately that is not the message that narrow political views with their shadowy vested interest backers are keen to put across at the moment.

What do massive tech companies want from their employees?   They want people who know how to run massive tech companies. They do not want balanced individuals who have been trained to question authority and think for themselves.   Aye there’s the rub! We are sandwiched in between our increasingly desperate need for people who understand the technologies with which we have so liberally laced our unfree world – a new Bletchley Park peopled with those who can see off alleged hackers and keep our little island safe from viral incursions (at least of the digital variety) – and our need to create a new societal model in which people can think long-term, think their way out of crises situations before they occur, rather than constantly fire-fighting.

But where there is use, there is abuse. In her book Not for Profit (Princeton University Press, 2010) Martha C. Nussbaum says:

“Educators for economic growth will do more than ignore the arts. They will fear them. For a cultivated and developed sympathy is a particularly dangerous enemy of obtuseness, and moral obtuseness is necessary to carry out programs of economic development that ignore equality.”

A program of economic development that ignores equality is the agenda which got Donald Trump elected to the White House.  Proof, if proof were needed, of the dangers of the dehumanizing effects of modernity coupled with a complete inability to see others as we see ourselves.

When the actor Hugh Laurie accepted his Golden Globe award in January (2017) for a performance in the TV series The Night Manager “on behalf of psychopathic billionaires everywhere” we all felt the sharp end of the joke that wasn’t funny. The sociopath has no concept of ‘other’ except as something to be acquired, collected or used.

Here is another worrying thought from Nobel Laureate Rabindranath Tagore:

“aggressive nationalism seeks to blunt the moral conscience, so it needs people who do not recognize the individual, who speak group-speak, who behave and see the world like docile bureaucrats.” (Nationalism, London, Macmillan 1917).

In short, the real crisis shortage of labour is in people who can tell right from wrong. The big votes in 2016 were Brexit and the US election. Did voters in either case exhibit a rounded ability to think about all the political issues affecting the nation, to reason and debate, to make decisions based on sound judgement ?  If our so-called leaders are not doing that …. ? Did voters exhibit the ability to recognize other people as individuals, fellow citizens, regardless of race, religion or gender?   Or were they swayed by any nationalist rhetoric regardless of how illogical? Interestingly one of the books I am currently reading is a memoire written by Hunter Biden – son of Joe – in which he refers to the Brexit vote.  He said it wasn’t rocket science to see which way the vote would go – one only had to look at the rise of populism and nationalist governments around the globe to see that particular bit of writing on the wall.

There may be many and complex reasons for the things that happened in 2016 but top of my list would be the decades long narrowing of the focus of education away from the humanities.  All these things are having their funding squeezed and eroded (ask Simon Rattle). Music, poetry and the arts ask us to wonder about our world.

It can be said that the sciences do this too but these are concerned more with evidence and proof, rather than spirit and possibility. Science, business, economics, technology are great subjects for knowing how the physical world works, but they are not great at developing empathy. They are not great at teaching us to transcend cultural barriers at recognizing ‘other’.

But as Nussbaum points out, in the UK, since the Thatcher era, humanities departments of Universities have increasingly been under pressure to ‘justify’ themselves in terms of profitability a measurable short-term ‘impact’ being required, over the idea of philosophical development. In fact the very word ‘impact’ raises the bureaucratic spectre of ‘measurable outcomes’. James Rebanks, author of A Shepherd’s Life would be the first to admit that his ‘measurable outcomes’ at school were insignificant.   This did not appear to stop him achieving a double first at Oxford and going on to write several best selling books.